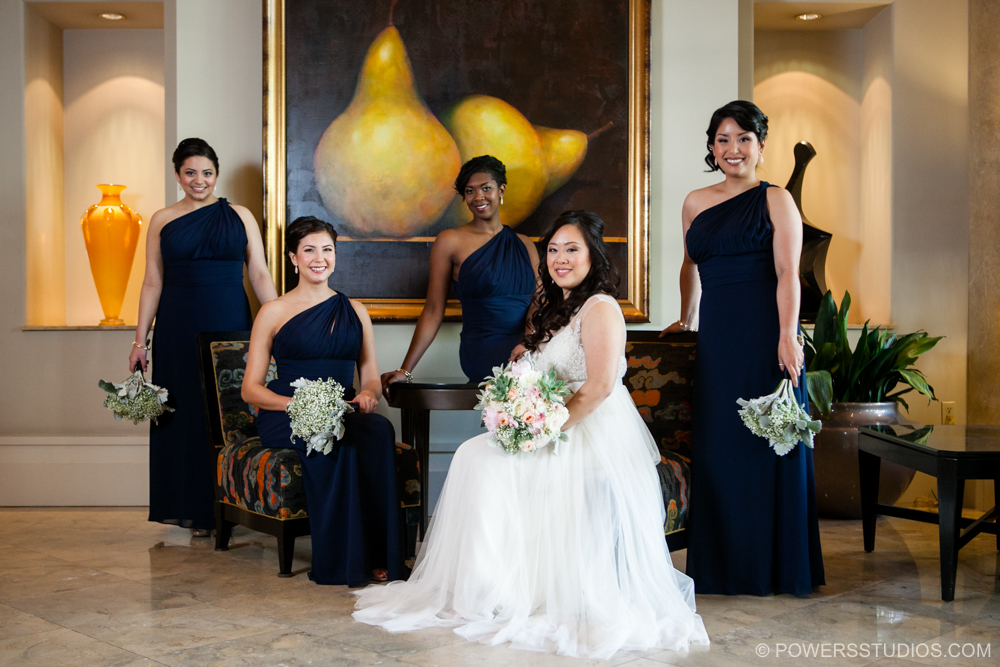 The other night I was spending some time at, you know, the local seaside carnival and I got lost. I was walking around aimlessly when I came upon a weird arcade fortune teller Zoltar. 25 cents? Why not, I popped that hardware into the coin slot faster than……it was really fast. I made a heartfelt wish and quite frankly I’m pretty sure it was granted. I wished that I would turn into Tom Hanks and get to play chopsticks on a ridiculously large piano. I also wished that I would get to photograph an obscenely awesome wedding the next day. The next morning I was 1 for 2. Nope….I didn’t get to rock out on a ridiculously sized piano but I did get to photograph an obscenely, stupendous wedding for some even radical……er people. Mike and Joanna knew how to bring their A game to the wedding day. First stop, the Paramount Hotel. Basically equal to a double right off the bat. I stepped into the bridal suite where the girls were getting their ready on. Carbs were being consumed with reckless abandoned all in the name of celebration. Make up was being applied along with hairspray, perfume, shoes, hair thingies and laughter and good times. Mike’s lair of hilarity was right across the hallway and you can hear the ruckus through the walls. Peeking in, all I heard was talk about extra towels. Next thing I know, it was about to get real and do the 1st look. Mike was ready and willing and the staging commenced. After a couple of heartfelt hugs and some tear wiping it was time to reconvene with the crew to continue on with the magical mystery tour du jour. We all made a guest appearance at Swank and Swine to class up the joint with our collective presence. After some photographs were taken and the mission accomplished we made our way to the lobby of the Paramount to up the awesome quotient ten fold. Crushed that. The next venue was Portland’s very own Art Museum which led to some more magnificent photographs. I rank ceremonies in three categories. 1. Awesome, 2. Crazy Awesome and 3. What?! Andrew was the officiant. How did Andrew come to possess the super power of holy matrimony? One word, the Internet. If it’s on the web it can’t be wrong, right? After dominating his first wedding, as an officiant and guest it was time to party. What?! One important thing that I forgot to mention, Joanna added a beautiful cultural part to the reception. Our mother lands are the same so I was really excited about this part. Her regal garb was insane. Probably the coolest I’ve seen. She stunned the crowd as she made her way back into the reception. So intricate and grandiose at the same time, Joanna was a sight to see. Sometimes you got to do the normal and add a little spice to it. How many brides can say they took a photo in front of the Portland sign in full cultural garb? Not a lot. The night was coming to a close for me but for Joanna and Mike, there was more dancing to be done. I’m just going to say it. Music was better in the 90’s. I’m not old, I’m just right just like saying that Joanna and Mike’s freakishly fantastic wedding was crazy awesome is right.

“Powers was amazing and super helpful. When we had our initial meeting with Seppi, we didn’t have anything in place yet and he helped us get an idea of what the entire day would be like by helping us draft a timeline.

Our photographer was so great and so helpful throughout the whole day. I think it helped that he also shared a Cambodian background with me, so he knew going in that we would need to snap photos with all the guests that came to the wedding. He helped keep us on track with the night and I think he was able to fully capture our wedding day for us.

I appreciated that he reached out to me a couple of times via email before the wedding to make sure that we were all set to go and that I didn’t have any questions for him. On the wedding day, he and Jennifer were great at making sure that all the photos that we wanted were captured. He even snapped a few for me after he had already packed up his gear when I realized that I hadn’t gotten a photo with my mother in my Cambodian traditional dress. “