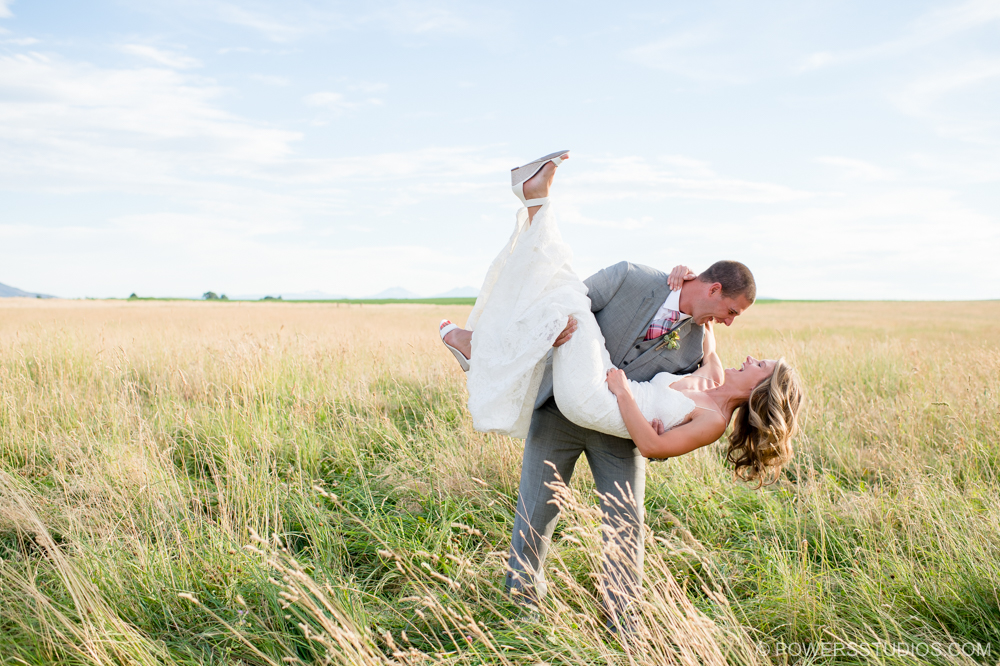 I had an absolute blast driving out and photographing Julie and Eric’s beautiful ceremony on a ranch in Madras, OR. We couldn’t have asked for a prettier setting, or for better weather for their 4th of July wedding. In weeks prior the forecast had been for the day to be an absolute scorcher, but day of we were straight up blessed with a layer of high cloud cover — which translated to clear skies, but with much softer, flattering light in photos. Couple this with the ceremony site, which overlooked a wide open field with Three Sisters framed in the distance, the final result was magical.

Julie looked radiant in her slim and elegant dress. In our first meeting, she said Eric wasn’t used to having his photo taken, but he rocked that gray suit. They looked awesome together.

The evening was rounded out with a live band, and at 10pm everyone gathered on the lawn to watch a fireworks show taking place down the hill toward downtown Madras. We were even able to bust out a few night photos at the very end of the night. I got a few stars to burn through those clouds, but what really got me was when Eric pointed out the moon rising toward the east. Not sure if it was the clouds, distant smoke from fires, or smoke from fireworks, but the moon was a fiery orange. Coupled with a long exposure, it looked like a second dramatic sunset… but at 11 at night!

Congratulations again to you both. I am so happy to have been there to help capture your day!