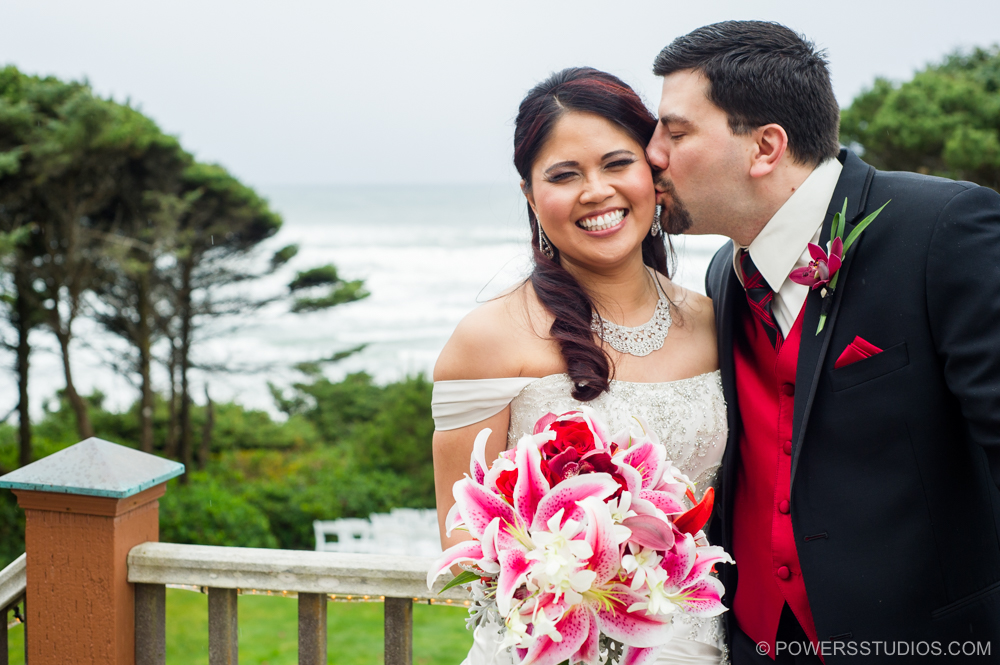 I met with Kristen and Robert months before their winter wedding on the Oregon Coast. Since the weather was a little nicer when we met, I promised amazing photos in any condition thrown at us outside of lighting. That was a brave promise if you’ve ever been on the coast during a good December storm. And there we were, braving sideways rain on South Beach for the sunset shot! This celebration had a little bit everything. We caught a break from the elements to perform the ceremony outside which made for a beautiful backdrop. And once the rain rolled in, it didn’t matter as the indoor areas at Stone Crest Cellars are delightful for the camera no matter what’s happening outside. After an intimate dinner and reception it was time for a few more photos with the newlyweds, including one with the family dog! Man’s best friend got to stay in the car during the beach session, wise choice if you wanted to remain dry! Big thanks to Kristen and Robert for braving the conditions in capturing some epic photos on the beach, that was fun! Also a big thank you to so many guests for coming overseas to join the party, make sure to come back and visit during the Summer :)