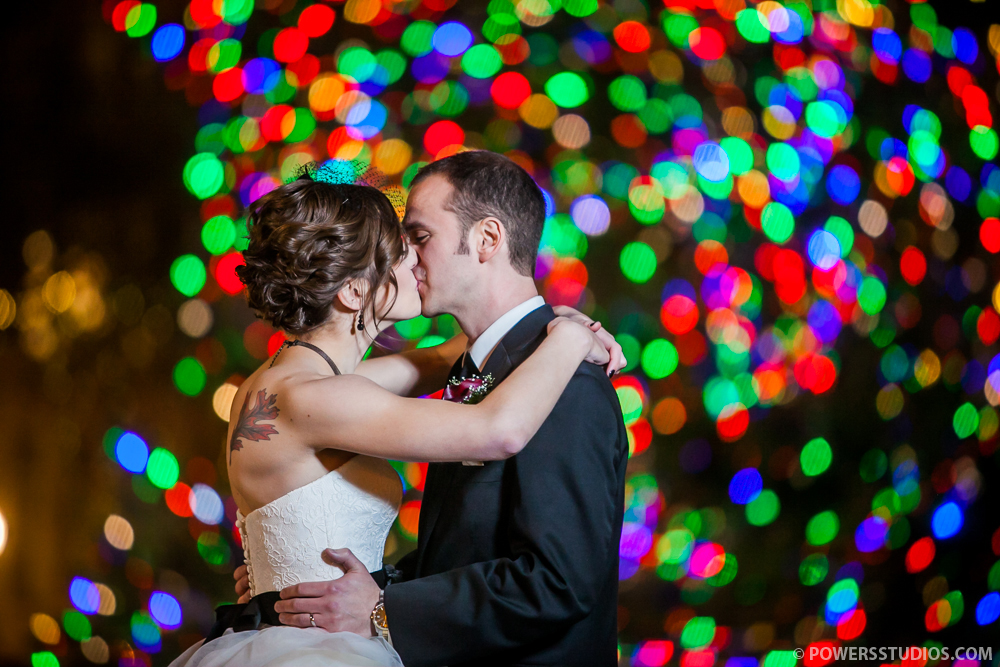 Oh…New Years. New Years is a time to make changes, to clear off your expensive coat rack also known as your treadmill and start excercising. It’s a time of change. Everything is about change. I say NO! I say nay to that. Hannah and Joe’s wedding is the reason for my contradiction to the wave of change that cascades down the waterfall of life right around January 1st. Quite simply, if Joe and Hannah’s wedding is wrong, I do not need to be right. It started out normal enough with Hannah getting ready at a hotel with her close friends and bridesmaids. There was something special though, a little secret ingredient that made it’s way into the wedding day soup pot. Hotel DeLuxe is awesome. Awesome Hotel Room + Awesome Bride = Super Awesome Photographs. That’s how I started the day. It was no secret that it was cold but it was also not a secret that Hannah’s family grabbed the weather by the collar and punched it in the nose. After those photographs were done we left for the West End Theater. After some more photos it was go time. The ceremony was so simplistically beautiful. Laughter and Love should be the theme for every wedding. After the I Do’s were said, some first kisses were made and the crowd erupted into some appropriate ”WooHoo!”. I think the most fun I had during the day was going around time with Hannah and Joe. I appreciated that they specifically carved out some time to go take some photos. I think the sequence was kind of like this: click, nailed it, click, nailed it, click, boom…nailed it. I had a blast and these guys were an absolute joy to work with. I think I’m going to call it…I think we have the winner of the ”El Guapo”, the best wedding of the year. The last wedding of the year, overtaking the first wedding of the year. Classic. Congrats to Joe and Hannah!