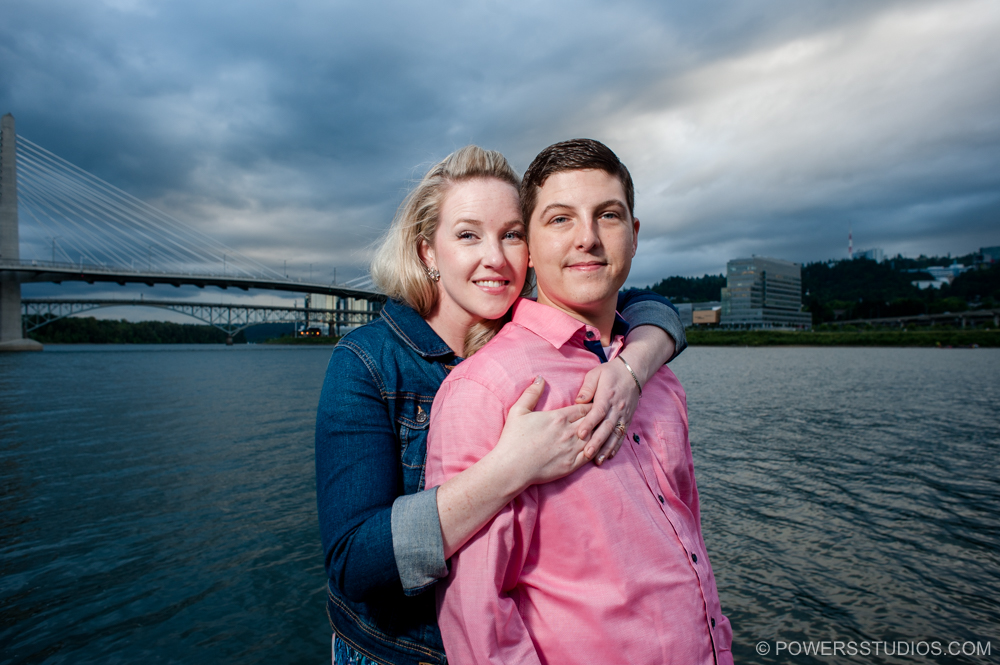 We had some big plans in the works for Travis and Jessica’s engagement session. First, they wanted to include their dogs in a few photos. We thought shooting under the St. Johns bridge would be perfect for this. For the second half of our sesh, our goal was to capture some pictures at dusk in and around the newer Tillicum bridge. Having never shot around this area, I was excited to hit up one of Portland’s newest photo spots. On top of all this, for years I’ve had a hidden desire to take pictures near a container park in the far reaches of North Portland. I’ve lived in Portland’s north side for over 5 years now. I’ve driven by this container park at least a dozen times and always wanted to bring a couple here. Unfortunately not everyone is as excited as me to take pics in a container park. Travis and Jessica were down! Yes! Let’s get this engagement party started! So much fun taking pictures with these two, see y’all in January!