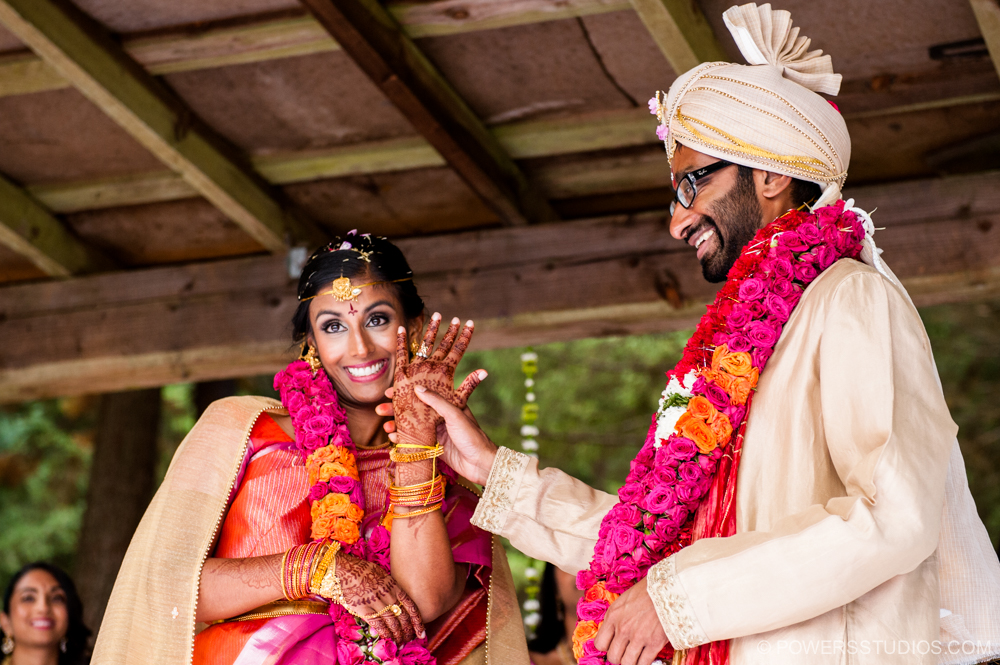 What can I say about Bhavana and Raghav’s wedding? The entire celebration was awesome. Once I found out that Raghav was making his grand entrance on a horse, I new this was going to be an amazing event to photograph. After a beautiful ceremony filled with wonderful games and traditions, it was time to start the reception and party. Dinner included a variety of tasty eats followed by a set of heartfelt toasts given buy friends and family members. The bride and groom officially opened the late night events with a coordinated dance that rocked and had the party ready to hit the floor. And dance they did! The stage was shaking as if we were at a concert and the partying continued well into the night. If you thought the party was over once the dancing stopped, think again! A large group of friends spent the night camping on the grounds including the bride and groom. What a perfect way to end such a fun day. Congrats to the newlyweds!

One Response to Bhavana & Raghav