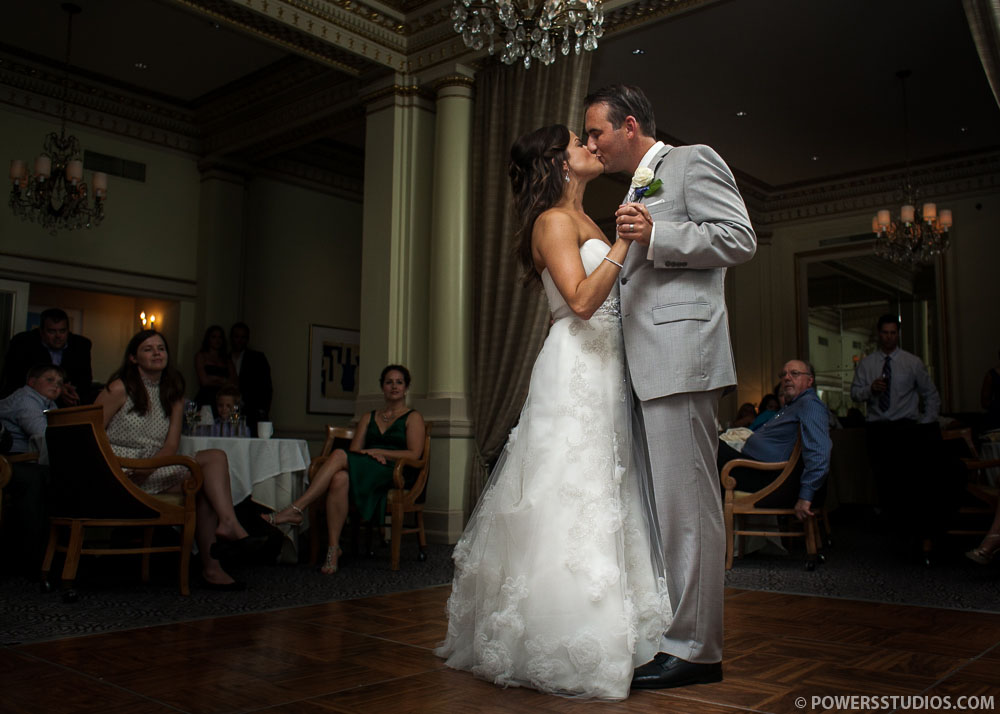 There was this moment. It was only a split second of a moment but in that fraction of a second, time stood still for Angie’s father.

He proudly walked his daughter down the aisle to pass her over to Chris. Now I can imagine it’s a little bittersweet for a father, feeling like maybe he’s loosing his little girl.

But right as he reached the altar and had to give her hand, Angie paused and rested her head on his shoulder like a daughter only does with her dad. It was a moment I’m sure he’ll treasure always.

After a beautiful ceremony at the First Christian Church, we headed over to the Hotel deLuxe for the celebration. Gracie’s was the ideal space for their small and intimate gathering. It’s got this old, classy Hollywood feel to it which really suited Chris and Angie’s style.

The evening was filled with great conversation and lots of laughter and joy. Friends and family from near and far were all there to kick off the marriage right! It was a spectacular night! Congratulations, Chris & Angie!