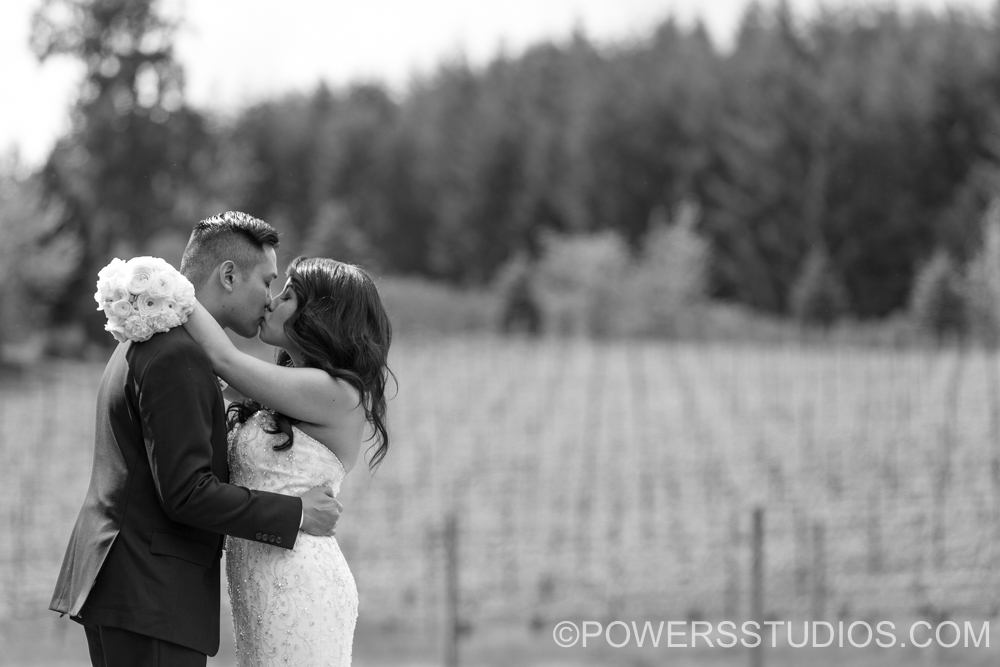 Wowzers. What can I say about THIS wedding. We got a beautiful venue, the Oregon Golf Club. Two people that other people adore who adore each other. Spring weather. A bride and family who shares the same mother land as me. Could I ask for anything more? I could actually, but clowns juggling flaming bowling balls while singing the soundtrack to Beauty and the Beast wouldn’t fit in the timeline. Anywho this wedding was my spirit animal. Tida, Tony and I first met about two years ago at Tida’s cousin’s wedding. Shout out to Mike and Joanna! That wedding was awesome as well so when I got the email saying Tida and Tony wanted me to shoot their wedding I knew I was in for a treat. The second time we met was in the middle of a mall. At an autonomous unit for mid-mall snacking. The ensuing hour and a half was so much fun. Sure we kind of glossed over the wedding a little bit but we had to discuss the super natural. That’s important stuff right there….like science. The second time we met was in an actual grown up eatery and again…we did discuss the wedding in a little more detail and then filled the rest of the time discussing the hard hitting medical condition called male pattern baldness and the complications that stem from that nefarious condition. Sadly, on the wedding day we didn’t really get to have more fun conversations but it didn’t matter because it was a blast. Let’s face it, this winter/spring has sucked. So it was no surprise that wet weather was in store for us. That didn’t really get these two down…they prepared and were happy just to roll with it. Since I’ve been doing this photography thing for a while, I dropped some weather knowledge on the crew…and hoped that it would all come to fruition later. We started out in the bridal suite with Tida and her crew prepping and spraying and applying stuff and ironing and brushing. The light coming through the windows was epic. Shots were made, self high fives were mentally given. The guys were doing what guys usually do in this situation…they were eating. After lunch I hung out with them for a bit trying to coach up Tony as he was tying a bow tie for his tux. When I say coach up I mean shouting out stuff that coaches shout like, “Good Eye” and “way to be” and “Go Beavs” and “Give ’em the business”. He tied it perfectly! Moving along to the first look, you could tell that things got really real with both camps. When the time came….magic. Tears from Tony (extra credit for him) and tears from Tida. I do love me some good first looks. After that we take the opportunity to get some shots down before we are pelted with liquid sunshine or how I’ve called them this year, liquid middle fingers from the sky. The weather was coming in and out and ultimately, the decision was made to have the ceremony indoors. The staff at OGC was awesome and the ceremony indoors was beautiful. Brandon, the officiant was pretty solid and said some things that were pretty spot on. Mainly generalizing all husbands future and present as being “idiots” at one point or another and how even though that’s the case, it’ll be ok cause “we” will figure it out eventually. There was laughter and happy tears and just like that, a new married couple was introduced. Question to you the reader, when was the last time you took home gold from a wedding? The answer I’m guessing is never because probably weren’t at this wedding and if you were, congrats on your big score. There were these ornate beautiful gold cups for every guess brought over from Cambodia. That’s a commitment to excellence right there. One highlight I think about from the reception was the hillarious speech from Tida’s dad and the tender speech from Tony’s dad. You could tell there was a lot of love in those families which of course manifested itself in these two wonderful people. I could go on and on about the dance moves or the music or the fun Polaroids for the guest book. Yet, it all came down to this. Two wonderful people got the wedding they deserved and it was freaking beautiful. Mozaltoff Tida and Tony!

Wedding at The Oregon Golf Club