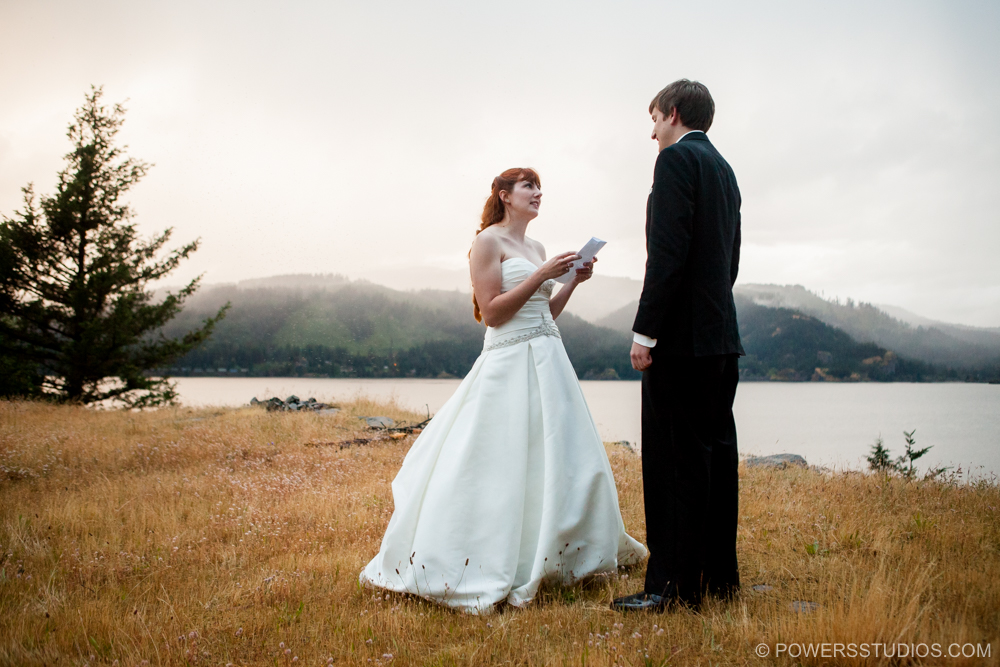 Whitney and Nicholas wanted their special day to be celebrated out in the wild beauty of nature, and they could not have picked a better location than the Columbia River Gorge. Not content to have just another standard wedding in a venue, we had to literally go off the beaten path to reach the summit of their location, but the images were worth it! Everywhere you turned: the sky on fire with the sunset over their shoulders, the fog storming over the trees and down the mountain behind them, the waves of amber grass all about; it’s a magical place.

But we almost got more nature than we could handle! In between short periods of breath-taking beauty, the rain came down in buckets! Instead of being put off, Nicholas and Whitney pulled out their umbrella, threw on a jacket or two, and laughed it off. Thank you, Whitney and Nicholas, for braving the elements with such a positive attitude. You turned what could have been a disaster of a photoshoot into an event I was proud capture.