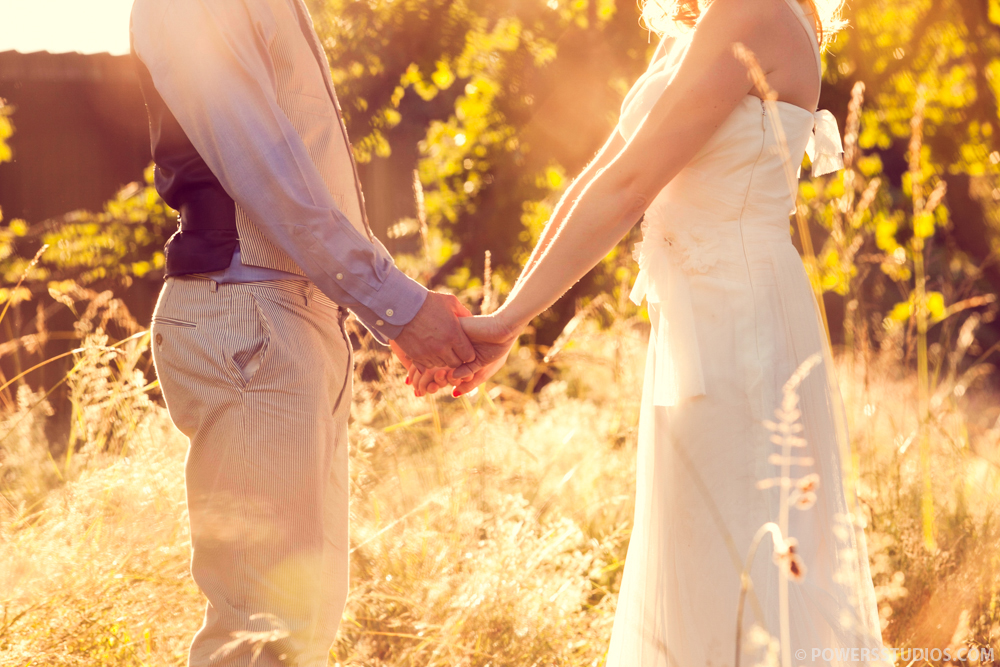 Sometimes how you end the day is just as important as how you started it. With that I have to say, if scissor kicks and pointing are wrong…I don’t ever want to be right. More on that situation later. I met Melissa and Larry a long time before their big day but it was awesome getting to know them over that long period of time. When the day finally arrived I was totally amped to get the party started. To quote Melissa, “We wanted a barbecue that we just happened to get married at”. That was the feel and it was awesome. The festivities were taking place at Larry’s mom’s 90 acre gem in the country. From the get go, I knew it was going to be a fun, easy going day. Everyone there was happy and happy for the couple and that vibe carried on the entire day. We started inside because, well….if you live in the Northwest, after a while anything above 80 and your skin is literally melting off your body and ending up in your sneakers in a pool of sweat. The air conditioned house was so welcome but the couple took the heat in stride. Melissa wore a beautiful dress that matched their wedding so well and Larry wore a seersucker suit which was totally awesome and went along with the theme so, so well. Like I said before, I was amped. I love little details and when they told me they were wearing the same shoes I thought was a killer idea. Sue’s house (Larry’s mom) was a dream to photograph….I mean, she had props just hanging out and it was great getting those details represented in the photos. After taking some photos around the property it was time for the big show. Jose, a friend of the couple was the official ”Officiant” and assured me that it was going to be short but sweet. Melissa’s parents walked her down and 8 minutes later Mr. and Mrs. Baughman were official and off they went to their special place for a couple minutes of alone time. After that little cool down period we went at it again taking advantage of not only the property but the sun making it’s way down over the horizon. So back to the scissor kicks. Larry and his best friend have been doing scissor kicks all around the world and what better time and place to add another photo to that wall of scissor kick fame. The last photos I took that day were of just that, epic scissor kicks coupled with some rock pointing that sealed the day up oh so nicely. Melissa got what she wanted, a barbecue where they just so happened to get married at. It was an awesome time and I’m so happy for Melissa and Larry. Congratulations to them and a big thanks to their family and friends for making it a great experience for me.