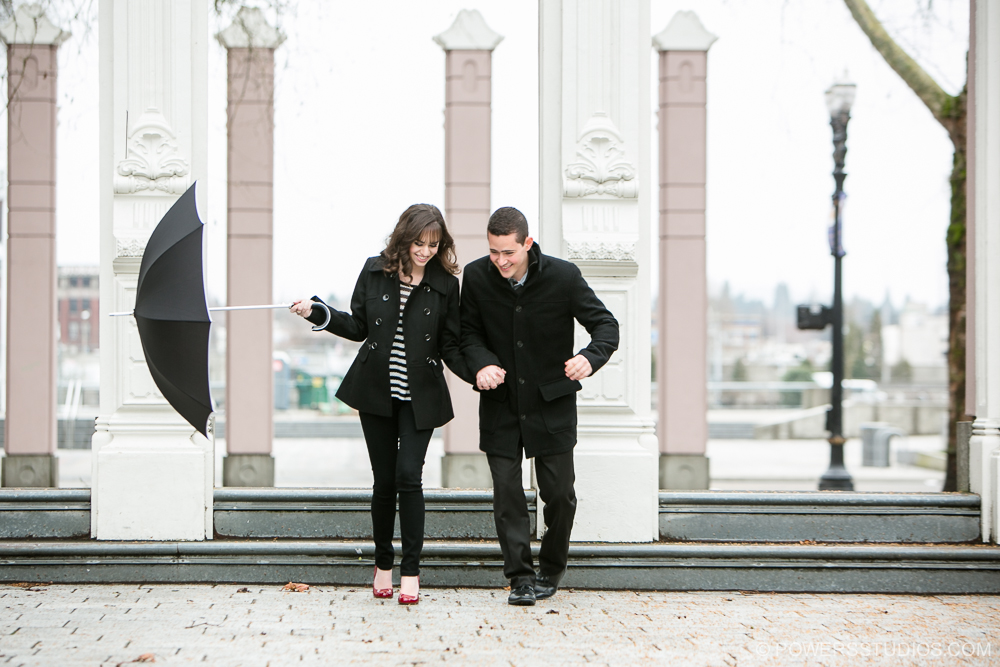 Roy lives in Australia so he and Kelsie have had to rely on the phone, Skype and email to stay connected and with the time difference it’s hard. So Ray and Kelsie’s mom got sneaky! The bridal shower was coming up and Roy decided he would be one of her shower gifts! He flew into the States with plane delays, snow storms and re-scheduled bridal showers he was here, in person, to surprise his fiancé. The night before Valentines for a sweet, romantic stroll on the waterfront we had a quick and fun photo shoot, these guys are fun!

One Response to Kelsie & Roy