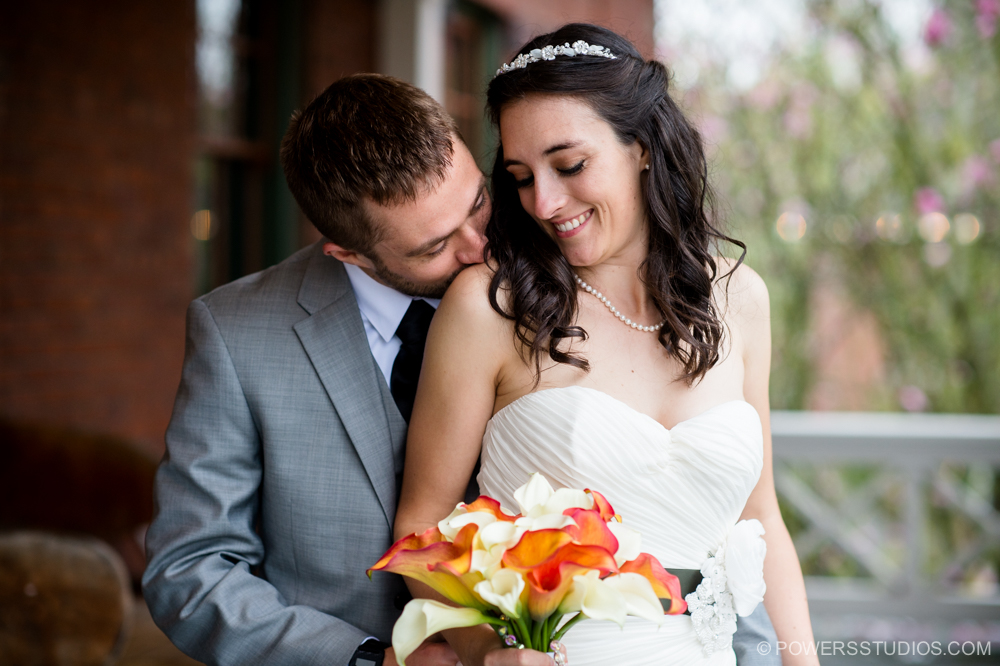 Ryan is an engineer, Kelsey a science teacher, they own a dog named Tesla (after the electrical pioneer Nikola Tesla). Science and numbers are a big part of their lives, stemming from their first meeting while students at Oregon State. So when it came time to choose a date for their wedding, they naturally chose March 14 — Pi day. Not just any Pi day, but Super Pi Day, when the date and time lines up with the first 10 digits of Pi. In fact, they went all in — they cut pie, at the moment of super-Pi-ness, at 9:26 and 53 seconds. How cool is that? (Drops mic, walks away).

What I enjoyed most about Kelsey and Ryan as a couple was their complete comfort in being themselves with one another. They are quirky, funny and playful in the most endearing way. This really comes through in photos, especially from their first look.

The day itself at Edgefield was pretty rainy, but that didn’t dampen anyone’s spirits. At the end of the night we used the rain to our advantage. Kelsey and Ryan used an umbrella and walked out into the downpour, which made for some really striking backlit portraits, some of my favorite shots of the night.

It was a genuine pleasure being there to help capture Kelsey and Ryan’s wedding day, it’s heartwarming to see these two together.