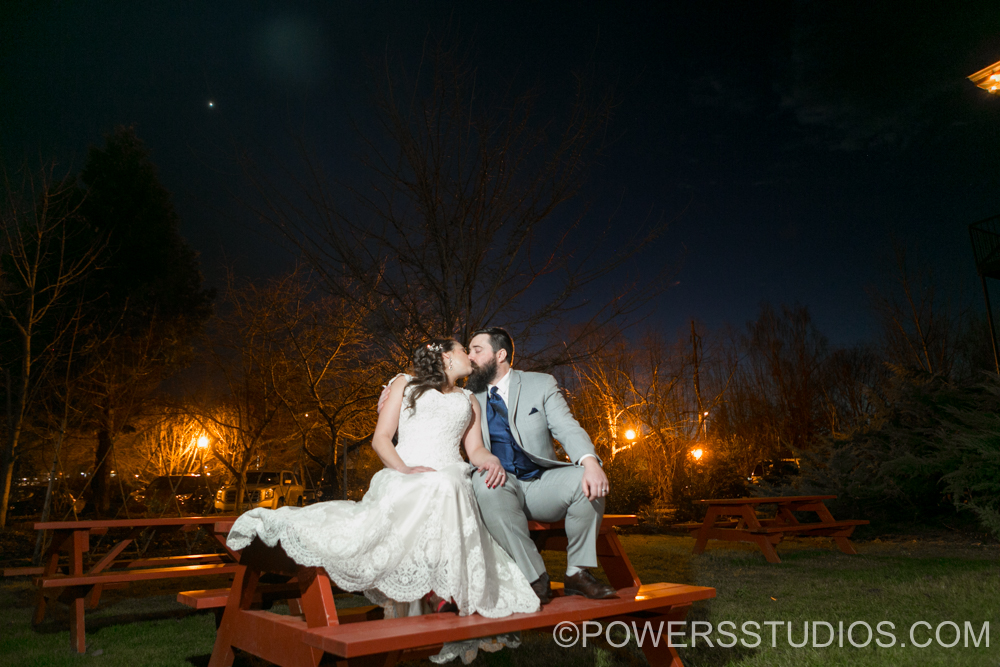 Love should be felt, not described. Love is weird. Maybe weird is to strong a word. Love is very outspoken when it’s “that love”. Let me explain….it’s one of those things where you know it when you see it. It’s a certain spark in the air, lightning in a bottle….a specific kind of energy that you can only feel where words are not vast enough, or in depth enough to describe. When I first met Josh and Tara on a very, very wet and gray day back in the fall I noticed something different. True love is not complicated…it has a sort of complicated simplicity….it is easy like Sunday morning. That gaze of admiration coming from the both of them was noticeable. The comfort they found in each other’s presence. That’s good stuff. Stuff, as a photographer that you are excited to see when their wedding day comes around. It was very appropriate that their wedding day was a nice sunny day in February. Although, considering the amount of rain we in the PNW have been receiving that last couple of months…a sunny day was a freaking miracle. Even though I saw the little circle with rays coming from it on the square that said Sunday…I was skeptical. I mean…I half expected it to turn into a blizzard. It was fitting that their wedding day was somehow a beacon of hope in a sea of gray desperation. Maybe desperation is too strong? No…this winter has sucked and I’m tired of being water logged so drying out was in desperate need. Anyways, back to Josh and Tara. Walking up to the Children’s Cottage at McMenamins Grand Lodge I felt there was something missing. Sometimes when I walk up there is a hive of activity. Yet when I walked in the building, the decorations were up, chairs and tables where placed and the guest book was there as well but it was almost quiet. Josh and Tara are just like that though…just relaxed. When I walked into the bridal room I was met with a “Oh hey” from Tara like I just showed up for a birthday party. I loved documenting Tara getting ready. For the record, perfect dress. As I moved to the guys side of the building it was kind of the same vibe. Except everytime I walked into the room it got really, really quiet. I think they were exchanging super secret scone recipes because as we all know what happens in the oven stays in the oven. Don’t worry guys, my lips are sealed. When it was time to do the first look I was deciding on whether or not Tara or Josh would cry. I finally decided that they would both. I was right. I knew that they would because love like that requires some happy tears. People start to arrive and pile into the ceremony room. Appropriately it’s packed and there are people who are standing at the back. Running out of seats is a good sign that people love you. Further evidence of the awesomeness of this power couple. It’s from the ceremony where I got the line “love should be felt and not described”. Such an appropriate description for this wedding. When it came down to the kiss, Josh and Tara decided to double dip. What’s better than sealing your marriage with a kiss is doing it twice just for posterity. The rest of the night was more of the same. Easy going good time. There was no pressure, nothing forced. We grabbed a couple more photos trying to take advantage of the Grand Lodge. It was such a fun, easy going night. Congratulations to the coolest couple of 2017!