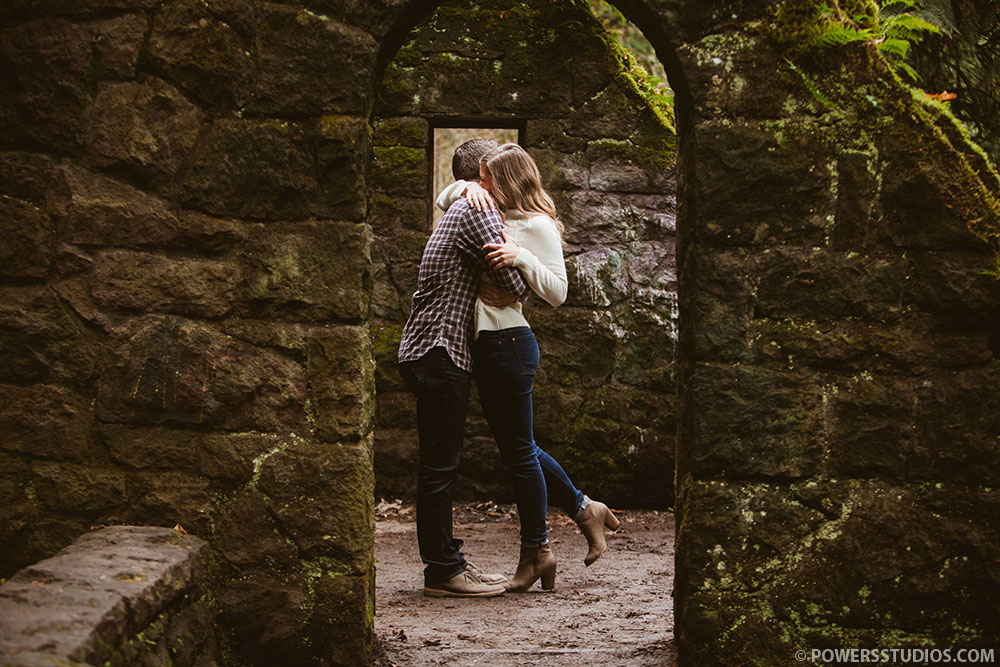 You ever walk out of a movie or a play or a bar and think to yourself, ”That….just happened”. That’s the way I felt about Raul and Joelle’s engagement session. Yes it was cold, it was November but it wasn’t raining. We chose a super secret location… if you buy me a case of Diet Pepsi, I might reveal the GPS coordinates to you. Even though Joelle and I have only met via Skype I knew that her and Raul had a cool vibe about them. I could just tell because I’m not a rookie and I’ve watched a lot of Dr. Phil. These two had so much fun together it was infectious. As we explored the forest, photographic opportunities were everywhere and they were not shy or scared even though Joelle had to traverse some sketchy terrain in heels. Even though some of Raul’s ideas were a little outlandish… we all took the time to consider them… I mean… hiking up a 60% grade to take a photo by some exposed tree roots wouldn’t be that hard would it???? I had a blast and I hope they did too. I’m super pumped for their wedding in June!