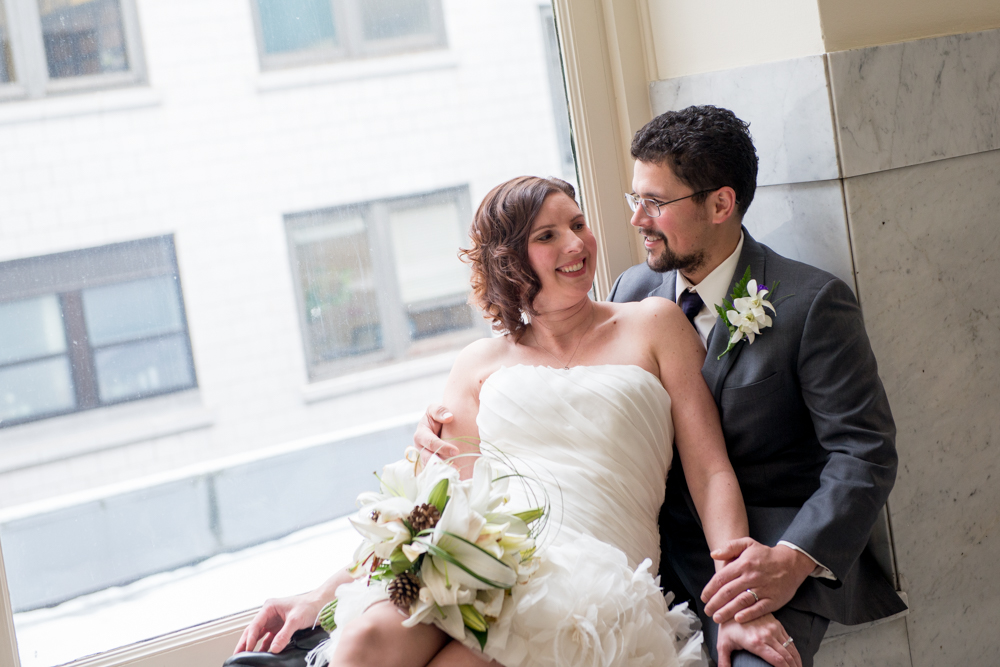 Robert and Jessica were such great sports. Their wedding was scheduled at the Multnomah Courthouse for Wednesday, which we have all come to remember as snowpacalypse 2017. Thankfully the courthouse
opened by Friday and they were able to have their ceremony. With family and friends
by their side, it was intimate and touching. After their vows were exchanged, we
spent some time indoors with family photos were it was nice and warm, then headed out into the bitter cold to capture the magical winter wonderland of downtown Portland covered in snow. I was
impressed with Jessica and Robert’s ability to withstand the frigid air, only needing to huddle
indoors once to warm back up. I am so grateful to be a part of capturing these memories for them.