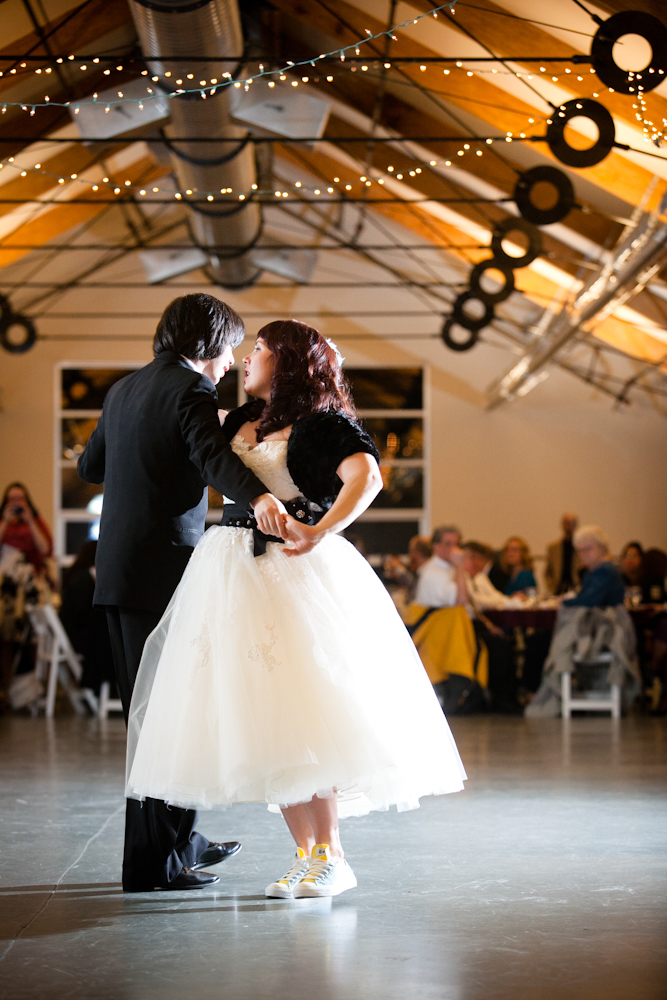 New Year’s Eve is one thing. Heck they even made a movie about it but New Year’s Eve’s Eve is something untapped and awesome. Kirsten and Graham’s wedding was expertly held at the Pickering Barn in Issaquah Washington. A few years back these two came from seemingly opposite sides of the universe to meet at a Mariner’s game. Graham learned to love baseball from his time at Cambridge and Kirsten, well… I saw her dad stroll around in a Mariner’s Sweatshirt so apparently she’s been taught from birth. Their love grew out of other love’s of baseball and football or as we know it here in the states, soccer. The wedding was awesome and the whole bridal party were all in. Moving around the property, they didn’t let cold weather or lack of light get them down. After the wonderful ceremony, and the dancing exits of the bridal party and parents we were all welcomed into the reception by the sweet smell of barbecue. It represented perfectly Kirsten and Graham themselves, down to Earth and totally awesome. They didn’t even let a little mishap with an ankle get them down. Guests came from far and near, and joined in the awesome celebration that was Kirsten and Graham.

From the couple :-) :
It was great, really. I loved the personal touches, being assigned a photographer, the consultation meeting, all of it. Our Photographer Was able to convey what he wanted but didn’t get in the way of anything, which is just what I had hoped.