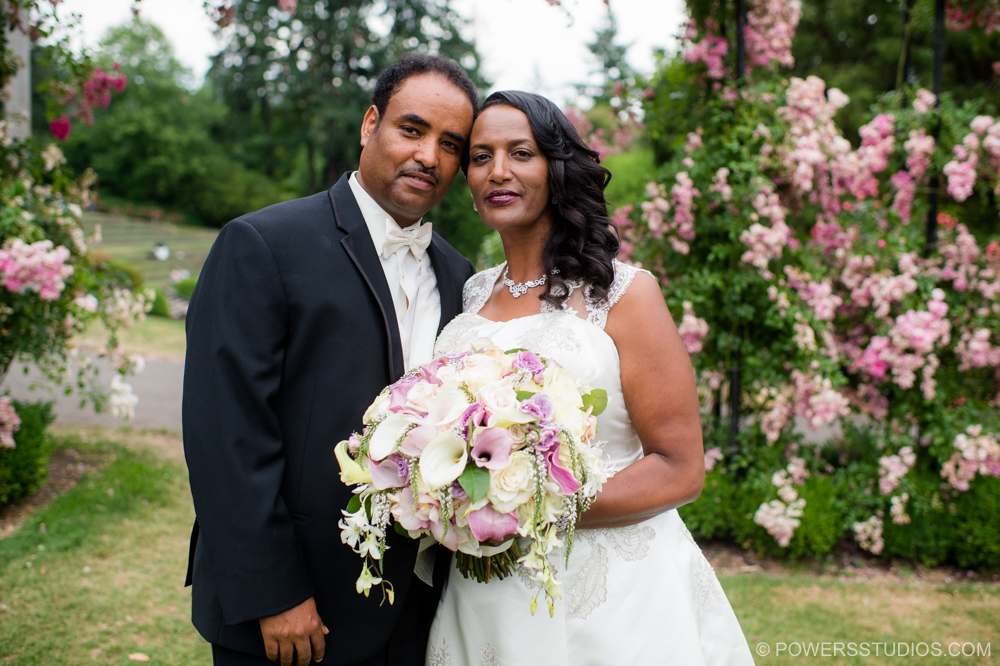 Gemechu and Roman had a beautiful wedding filled with loving family and steeped in tradition. The day started bright and early at their respective family homes. A facet not seen as much in western style weddings is the extent to which the groomsmen help the groom get dressed. All of the groomsmen had some part, be it doing up buttons, tying his tie and putting on his jacket. There was a lot of pride taken in the act, and it made for great candid photos. Once dressed, Gemechu was blessed and ceremonially fed food and drink by his family. It was very special to note how much nurturing and care is laid in to Ethiopian wedding tradition. As Gemechu stated in our first meeting together, family played a key role for the wedding, as it brought together three generations.

After he was fed, Gemechu, his groomsmen and the men of his family made their way to Roman’s family home, forming a chanting and horn playing procession up the road to the house. Once there, the elders from Roman’s side accepted the procession onto the property, and then Gemechu was led into the room where Roman was waiting, but not until after an agreement was struck between the elders of both families. At last, they saw each other! Together they emerged from the home, where they were blessed and fed by family. And again, another few rounds of negotiation between the elders.

Next was the Christian ceremony at Sharon Seventh-day Adventist Church in NE Portland. It was very striking with flower arrangements lining the aisle with hanging decorative crystal. The wedding party itself was truly impressive in size, a main bridal party, but also a junior bridal party of the same size, many flower girls, ring bearers, bible bearers, candle lighters. All the children of the family involved. It took not one, but two stretch limos to transport everyone. Following the ceremony, we transitioned to the Portland Rose Garden for photos. The flowers looked great, and we were blessed with overcast skies which made for diffuse, gentle, and gorgeous natural light minus the blistering heat we’ve had more recently. Gemechu and Roman were especially happy to showcase Portland to their family, many of whom traveled from as far away as Ethiopia, Zimbabwe, Australia, and Canada.

The dinner banquet was held at the Embassy Suites by Portland PDX. Amazing decorations, very striking colored uplighting, an amazing affair for the whole community. The evening was filled with live music and dancing. Throughout it all, it was very clear that Gemechu and Roman share a deep, affectionate bond, as a couple, but also as close companions, and as parents. This day, as well as the ceremonies that followed the day after, were a celebration not just of their union, but very much the uniting of their families, who in turn deeply care for the couple. This was a colorful, musical and heartwarming wedding to be a part of.

Congratulations once again Gemechu and Roman!