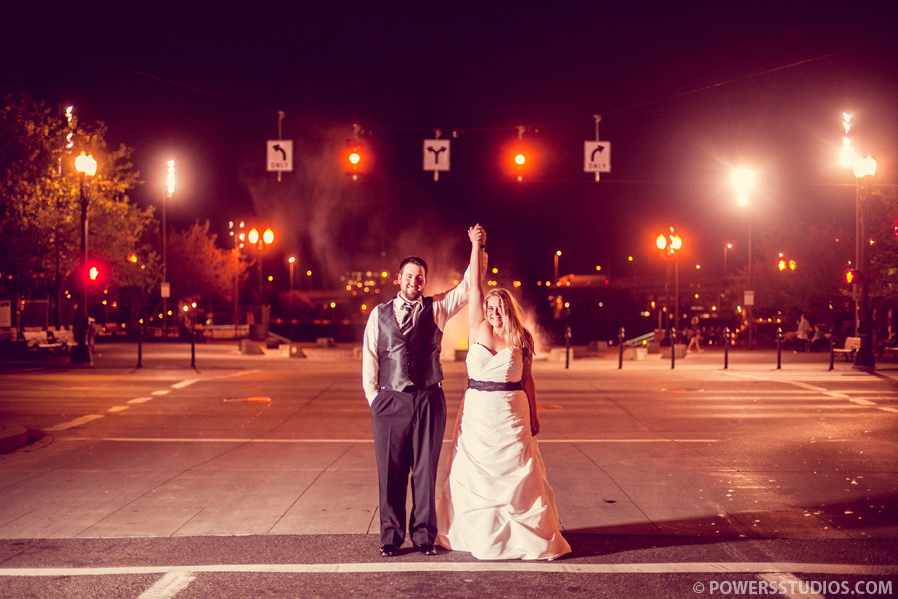 What should I say about Dan and Libby’s wedding at the World Trade Center? Hmmm, what indeed. I guess you can’t really know how epic the wedding was until you know about the history between them and I. Approximately a year ago, we met up off of Macadam at this place called McMenamins. I don’t know if you’ve heard of that place, I don’t know of any other location but apparently it’s pretty popular around here. We met up and it was a little chilly, a lot dark but a lot of fun. I think we talked for about 2 hours about everything. From 9th grade French to the Fast and the Furious to Adam Sandler in Big Daddy. It was awesome and so was there Engagement Session. One thing that I learned was that Dan really, really loved Libby. Almost to the point where it made me question how I treated my wife. Yes, he’s one of “those” guys. You know, the guys that are so romantic and thoughtful that it makes you step up your game. On the wedding day it was even more apparent. I’ve been lucky thus far that the rain, although scheduled, has held off so I could capture some awesome frames. Their day was no different allowing us to capture some cool stuff after the ceremony. I loved the attitude they had for their First Look. Meeting at Life of Reilly about 2 weeks before their wedding they just said we’ll take as long as needed for the first look. It was great for a couple not to feel pressure from everyone else, choosing to instead concentrate on themselves and their wedding day. You could tell Dan was excited to see Libby. The smile that came across his face when she was right behind him was lit up the whole place. After the photos it was time for a party. After some tearful toasts and some happy dances it was time for Dan to take stage. You see, Dan decided to rap for Libby and he fully embraced his 49.76 Cent, with the exchange rate. I could go on and on about them. Just know that these cats are cool and they love each other. That’s all you need to know. Also, that Dan is an excellent rhyme spitter and Libby loves Whitney Houston. I think that’s it…..I think.