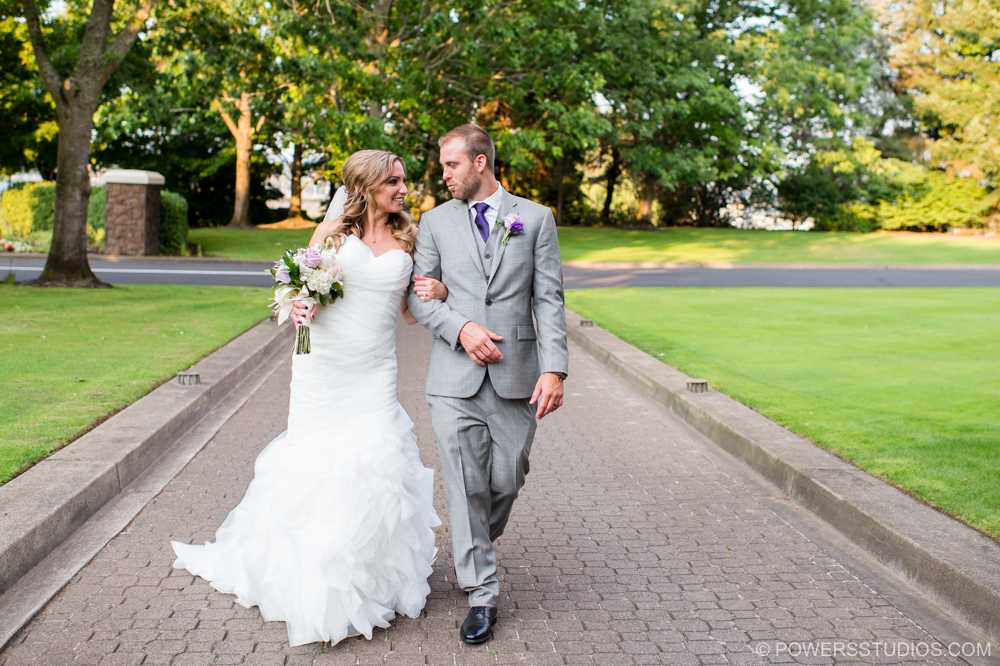 Christi and Josh totally rocked their wedding reception at Columbia Edgewater Country Club. It was a party, the dance floor was filled, the two of them and their guests had an absolute blast. There were several stand out moments that I remember most from the day. The first is the emotion on Josh’s face as Christi walked down the aisle, the next of course is the huge smile on Christi’s face as she saw her husband to be. These two are deeply in love and it was great seeing them together. The other stand out moment really is between Christi and her father during their father/daughter dance. You’d think I’d speak about the emotional moments between the two of them during the dance (yes those are there) but no, what I love is when the music switched up and the two of them busted out into a fully choreographed dance medley! I had not seen anything quite like it before, and trust me folks, it was awesome. Congratulations again to you both!