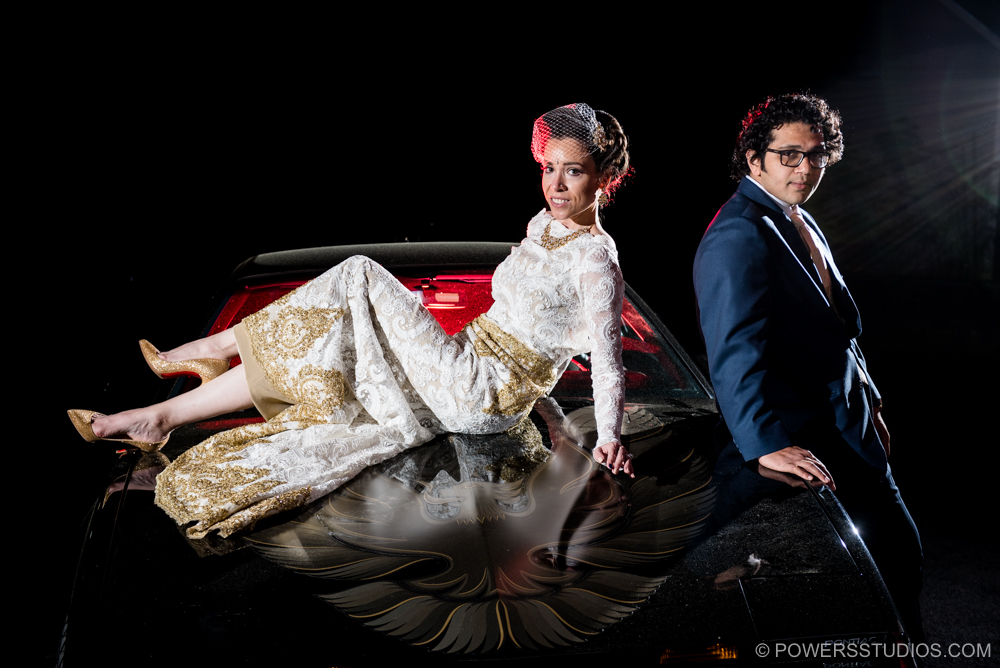 It doesn’t get much more Portland than this. Jessica and Chintan planned their wedding day around the love they share for our very own Stumptown. Starting off getting ready at their brand new house (the driveway just went in the day before), then downtown to exchange vows of eternal love at the beautiful Multnomah County Courthouse. After the I dos, we piled in to some pedicabs for a little tour around the Rose City of some of their favorite spots. First was Pioneer Square, where Jessica surprised Chintan with a custom brick of their initials and wedding date. Once we found the brick (it may have taken a minute or three…), we cruised over to Powell’s, because why not, followed by a trip down to what may be the epitome of what is Portland, Voodoo Doughnuts. Once their, the two newlyweds became even newer newlyweds, and once again exchanged vows with a very enthusiastic officiant, whose outfit was matched perfectly to his personality. After having two random doughnut goers sign their second marriage certificate, and sharing their wedding doughnut with the oddly patient folks in the Voodoo line that is as famous as the doughnuts themselves, we headed down to the waterfront to capture one last picture perfect moment of our beloved city. It was time to head back to their house for the party, where they kept the Portland alive, and had Koi Fusion and PBJs Grilled cater. Side note, the aptly named OREGONIAN PB&J w/ Challah bread, duck, hazelnut butter, blue cheese, and marionberry jam is nothing short of mind altering awesomeness. Finally, we ended the night with one last little photo shoot with what may be the most rad get away car I’ve ever seen, a pristine 1983 Tans Am. Congratulations Jessica & Chintan, never loose the fun!