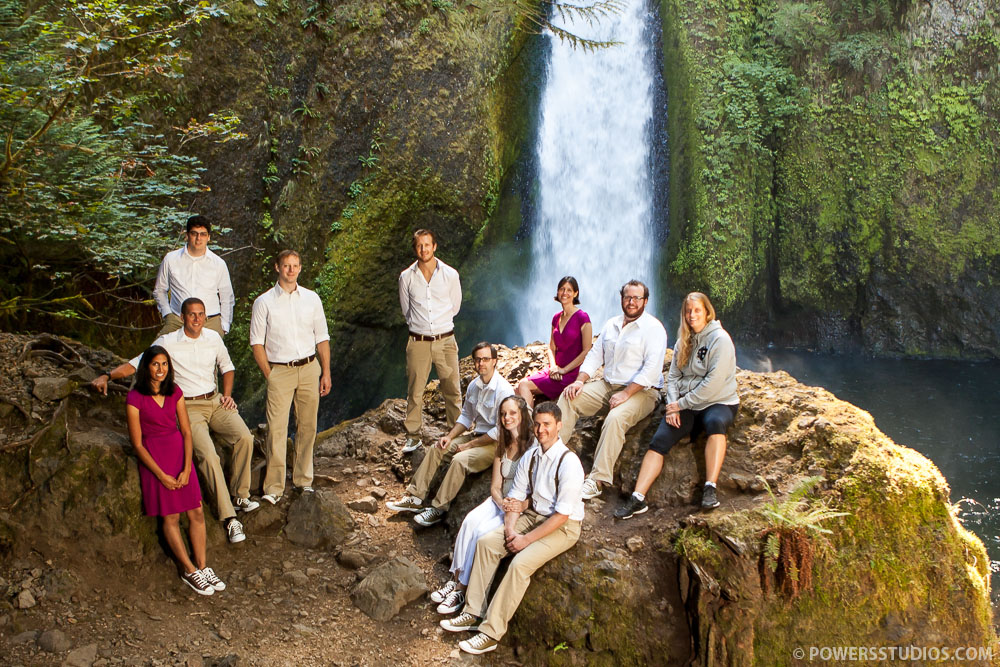 The total summation of Jonathan and Chelsea, in my mind, can be seen at one point in their wedding. As I was moving around taking photos of their first dance I saw it. Through a sea of people, there they were. It was just a man and a woman and a speaker. Jonathan and Chelsea could have been in the middle of a million people, but I could just tell; they didn’t care because it was all about them. The song they chose for their first dance was so perfect: “Easy Silence” by the Dixie Chicks. When everything else is going on in this world, they are each other’s refuge, they are each other’s shelter. Nothing could be more perfect than that. Don’t get me wrong… we had a beautiful day for the wedding. We started in the Gorge having the ceremony by a waterfall. We hiked down beautiful trails. We again took photos at the West End Theater. To me… that song, that vision of them was it. That was Chelsea and Jonathan and nothing could be more perfect than that.

Wedding at The West End Ballroom