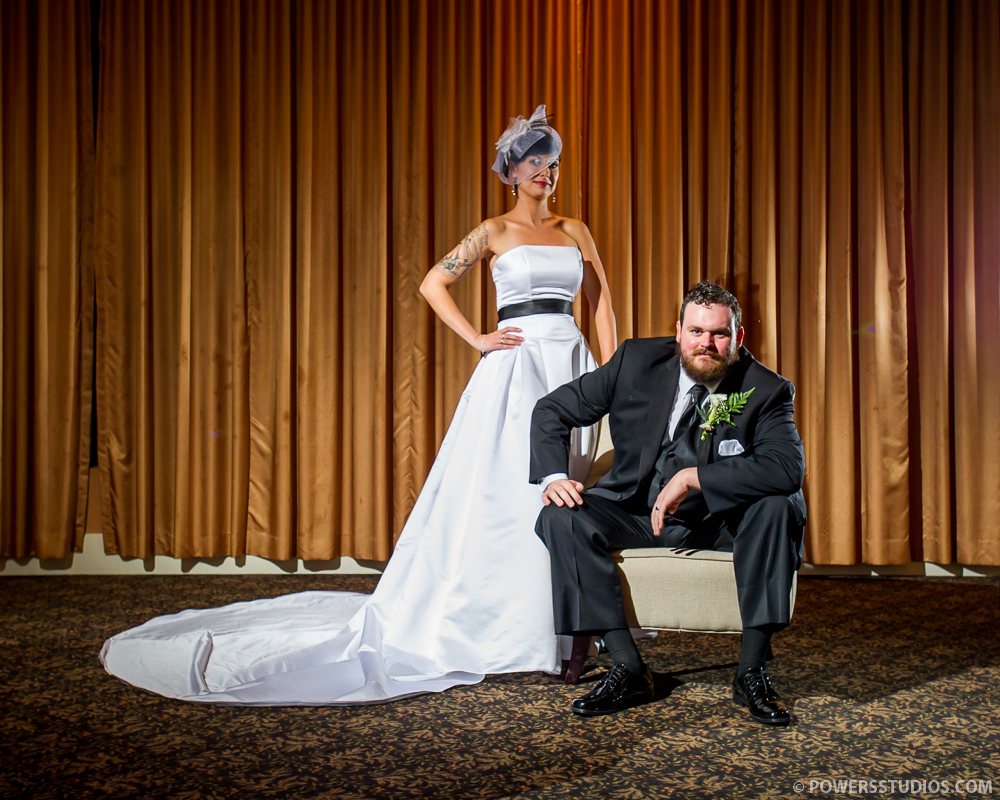 Cassia and Joseph were such a fun couple. The rain definitely came down earlier in the day but it cleared up just enough after the ceremony for the three of us to take photos outside, which was great because the outside of the Abernethy Chapel, and its nearby walking bridge, is beautiful!

Joseph had already set the bar high by proposing to Cassia on the Eiffel Tower in Paris. Well done, good sir. Paris and cobalt blue were strong themes for the day. A point where the cobalt came into play? Their first dance when they busted out a fog machine and back lights. So much fun.

Also, for the record, Joseph’s groomsmen are craazy. I was told before that they’d be pretty dynamic, but I had no idea. It. Was. Awesome. The shots we got are hilarious.

I had a blast at this wedding, take care and congratulations again you two!

Wedding at The Abernethy Center