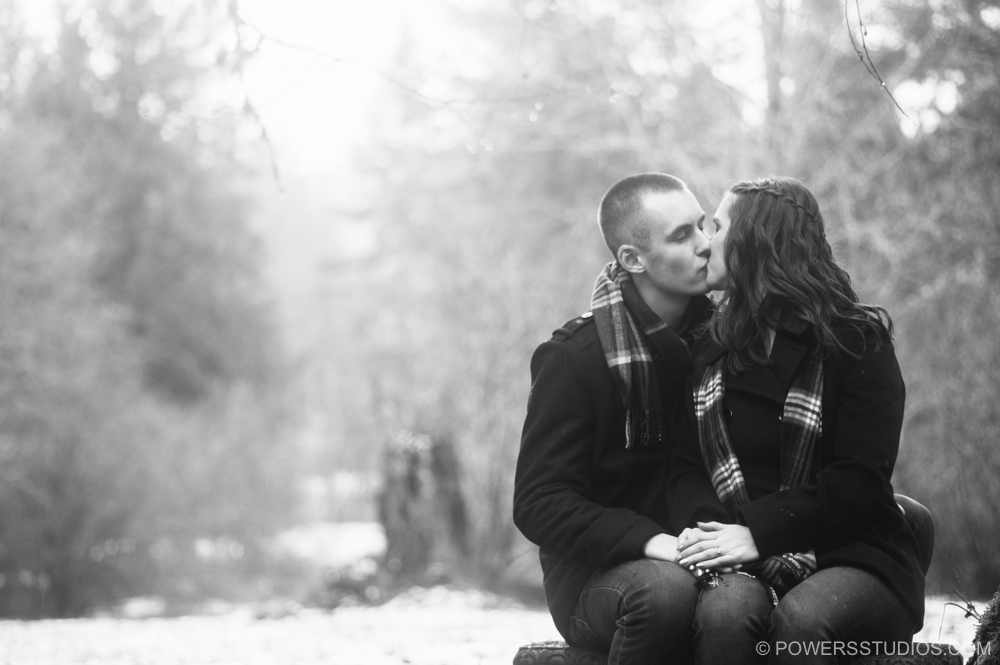 When I first started talking with Samantha and Casey about where to go for their engagement session, they were unsure what they wanted to do. They knew the best time to meet up would be at the end of December so something festive would be nice, and hopefully not too cold! We decided to meet at a family property in Yacolt Washington which is just north of Vancouver. Sam mentioned the area around grandma and grandpas house included some nice trees and a small waterfall we could walk to, sounds perfect to me! The weather forecast called for a rainy day in Portland so I was ready to call off the session the day before. Sam and Casey where still down to get together as we had a chance for snow up in the hills. Snow shoot, yes please! Not quite the snow they’re getting on Mount Hood this year but we had just enough to add nice whites and some holiday spirit to our photos. And the waterfall they mentioned using as a backdrop wasn’t so small, it was raging in my eyes… lots of rain to end off 2015! See y’all at the wedding when it’s a little warmer!