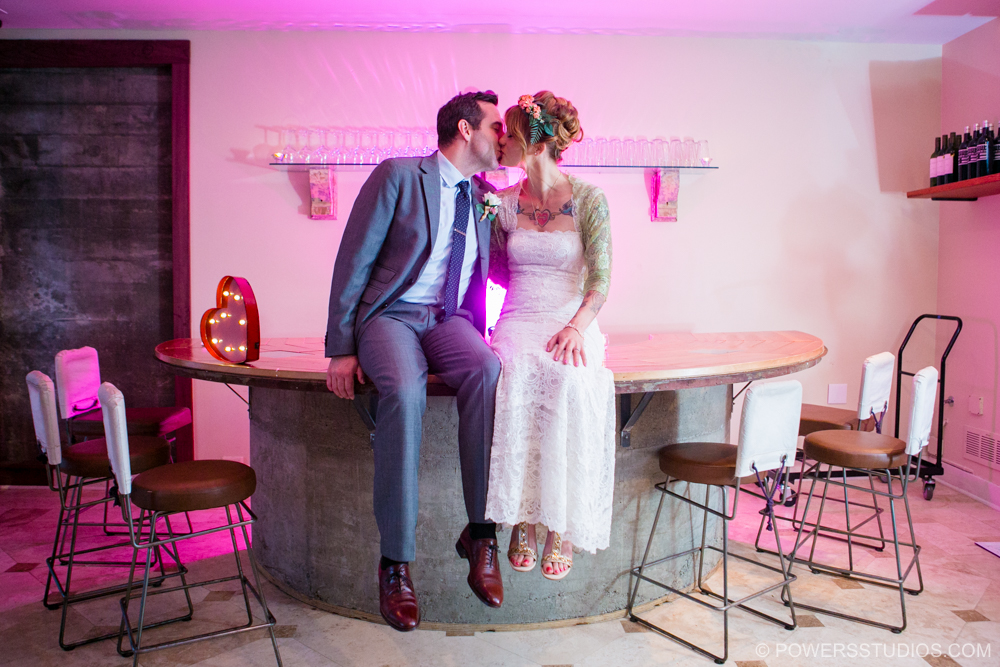 Marriage. Marriage is kind of like camping. Sometimes it’s great weather and the air is fresh, the birds are singing, the river is rushing, the clouds have shapes of Care Bears and the Care Bear cousins. Sometimes though it’s not all Rainbows and Popsicles. Sometimes, it’s cold and rainy and you almost get hypothermia. At the end of the day though, you still go camping….sometimes in a Tent Cot….and sometimes down the street but you know…it’s still camping and it’s awesome. You take the good, and you take the bad, you take them both and there you have the facts of life. Spring in the northwest is weird man. One day it’s 89 and not a cloud in the sky, the next day it’s 56 and drizzly. Brian and Liz took the weather all in stride because hey they were getting married and that’s all that mattered to them. Yes it was a little wet but that didn’t matter. Smiles were still seen everywhere as if they were being passed out with the appetizers. Liz was wearing a beautiful dress and her headpiece, that she made her self was fan freaking tastic. Brian’s suit was great, put together by himself except for his tie clip. The ceremony, officiated by their friend Cory was awesome as well. Even though it wasn’t sunny and 89, we still had plenty of places for them to strut their stuff. Opal 28 is such a great venue. After some toasts, the guests were treated to a set by Brian’s band. It was a great day to be Wright. Congratulations Liz and Brian, you guys Wham so hard.