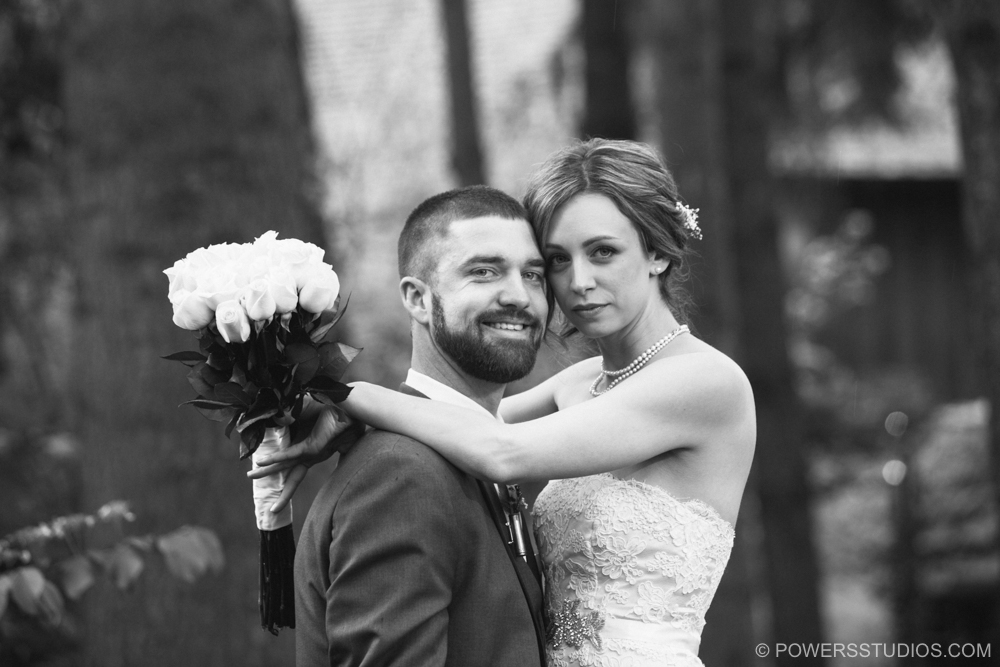 There was a time in my life where I thought I was really unlucky. Every time someone said that they hoped X wouldn’t happen it would and it would happen to me. For instance, back when I was in High School I had a planner. Yes…I’m that old where my daily schedule and contacts where held neatly on pieces of paper labeled contacts and memos. While I was getting ready to leave my Mom off handedly made the comment that I should be careful with my planner so I don’t lose it. What do you know, leaving a gas station I left it on the roof of my 1985 gold Corolla. Gone, along with $20 which at the time would be my gas budget for a month. Growing up I thought winning Bingo at school was a myth and that it only happened in the movies because it never happened to me. Now, fast forward a couple of decades and my luck is starting to change. Take for instance Nate and Ashley’s wedding. Dude. These cats were awesome to photograph and just to be around. Ashley’s dress was beautiful….I loved it. No Man Card lost in saying that because it was beautiful. Hair with a little up-do with some flowers that totally went with the dress. The bridesmaids dresses were perfect. I just dug the whole thing. We walked down a block from the hotel and took some awesome photos of Ashley in her awesome dress in an awesome place with awesome light. Then we were off to the Octagonal Barn at the Cornelius Pass Roadhouse. It just felt right, the location, the look of the whole affair was, as the kids would say, on point. The barn itself was decorated to match perfectly by Ashley’s aunt. The time came to do the first look and when we met, I warned Nate about dust getting in his eye. You see, Nate drives a 4Runner and has a beard so he’s a man’s man. So after he turned around and gazed upon her I caught a sly eye swipe to clear some liquid debris perhaps which made it all the more endearing. After some group shots it was time for the big shin dig to commence. The ceremony short and sweet with Nate’s beautiful girls joining the couple for a true uniting of the families. I think the thing I appreciated so much was the overall enjoyment of everyone there. They were just happy to see the couple and the celebration was relaxed and positive. It was such a great event and the afterglow should stick with me for a while. Thank you to Juan with the Bro Tux and Bry……an, Nick and Cory and Taylor and Alex, Jessica and Sandra for being cool. A special thanks to Mary Lou and of course Ashley and Nate. Mahalo and Aloha until next time!