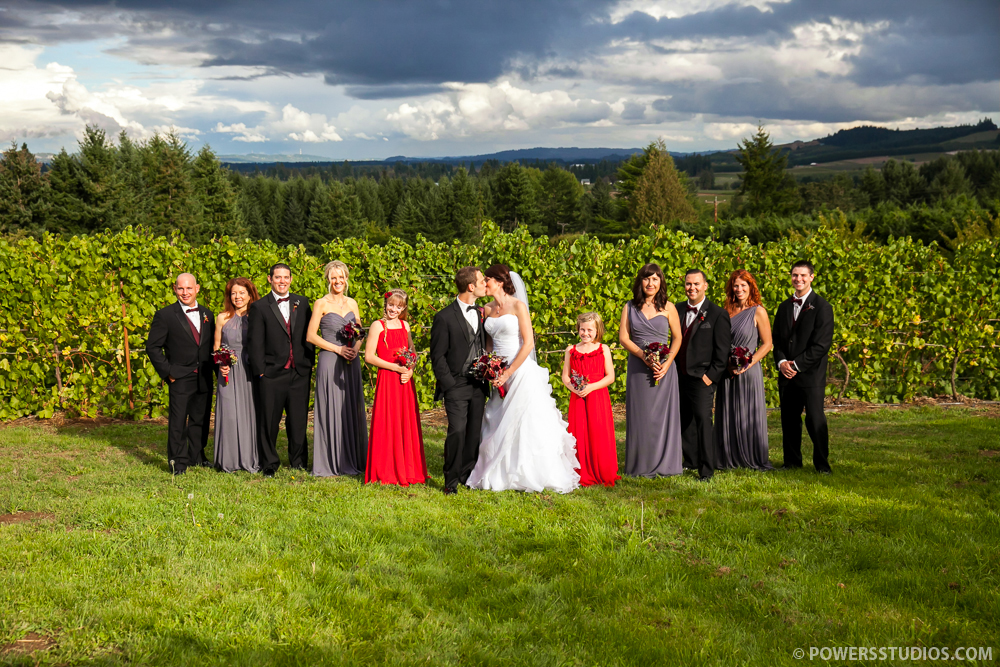 I had a great time at Andrea & Rob’s Wedding. Andrea is a Super-Bride! Why do I say that? She was on top of everything… even the timeline! Her make up done, her hair was fabulous (awesome color BTW). Great choice of a wedding gown, she looks fantastic, and was just waiting to start with the photos. On the other side of the building I found Rob and his friends also almost ready, putting his bow tie, very sharp and proud of their super-heroes socks. My favorite was Rob’s Dad who wore a Superman sock… with cape!
For the ceremony we went to Blooming Hill Vineyard on a trolley, that was fun! When we arrived at the vineyard was rainy. But they had two tents and everybody was covered.
Fortunately, right before we went back to the Grand Lodge with had few minutes of sunshine, so we just did some photos until the trolley picked us up.
The party was great too, lots of dancing and some human pyramids with Andrea on top! That has been a tradition in Rob’s family for years.
Congratulations guys! And have fun in Hawaii!

Coordination & Florals by Creations by Ly