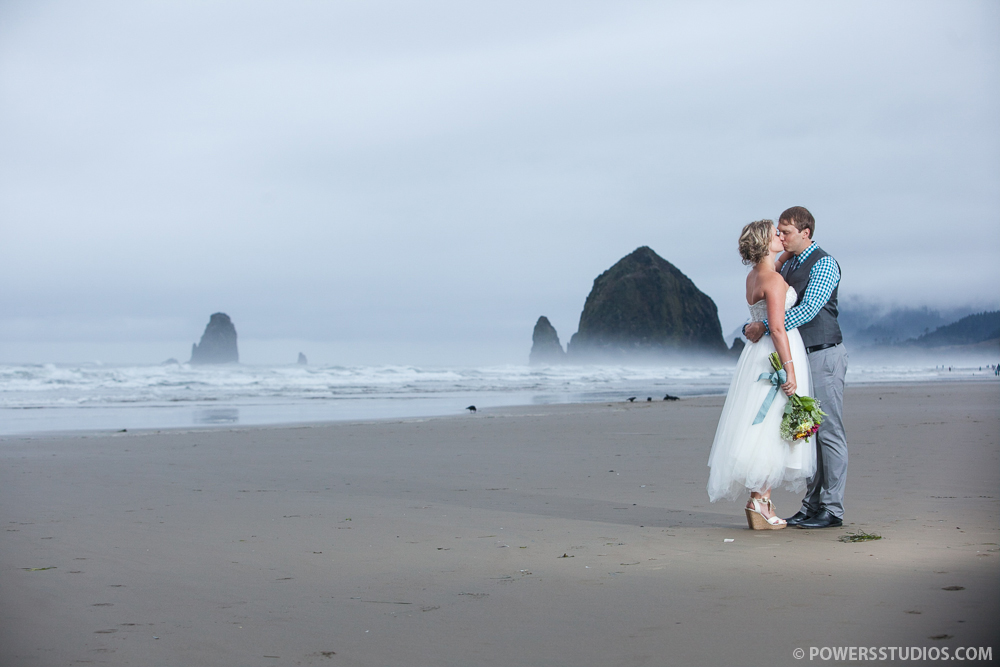 I’m going to call it right here, right now. Amanda and Charlie, congratulations!! You have just won the most coveted award in the world. You have won the Guapo!! If this wedding is a small sample of what is to come, this is really going to be awesome. Look…sometimes in Oregon there’s rain. Sometimes in September there is rain. The beach, can and has had rain during the month of September but that was a risk Amanda and Charlie were willing to take and you know what, sometimes when you gamble you come out on top. When we started, yes it was raining…ok, it was a monsoon but everyone was taking it in stride. When I brought up that it might be raining during ceremony time, Amanda shrugged it off and said she’d be ok, it’s only a little rain. Bam! Point number one for the Guapo. When Charlie showed up, braving the wind and the rain he was estatic to see Amanda for the first time. He showed up to the hotel soaked but still smiling from ear to ear. Kapow! Point number two for the Guapo. After the introductions were made, we made our way across the property and they couldn’t be happier. After some photos we started to discuss what was going to happen about the ceremony because at that time it was still, well you know. Amanda and Charlie decided to go for it. The funny thing was that the weather broke for almost exactly the amount of time that we needed it to. Boom! Point number three for the Guapo and that my friends is what put it over the top. After the ceremony, after some more epic photos it was time to party. Bonus, they had a Grilled Cheese Bar….yes, a GRILLED. CHEESE. BAR. The best idea in the history of ever. It was wet, it was windy, it was fan-freakin-tastic. Congrats to Amanda and Charlie, the 2013 Guapo winners!!